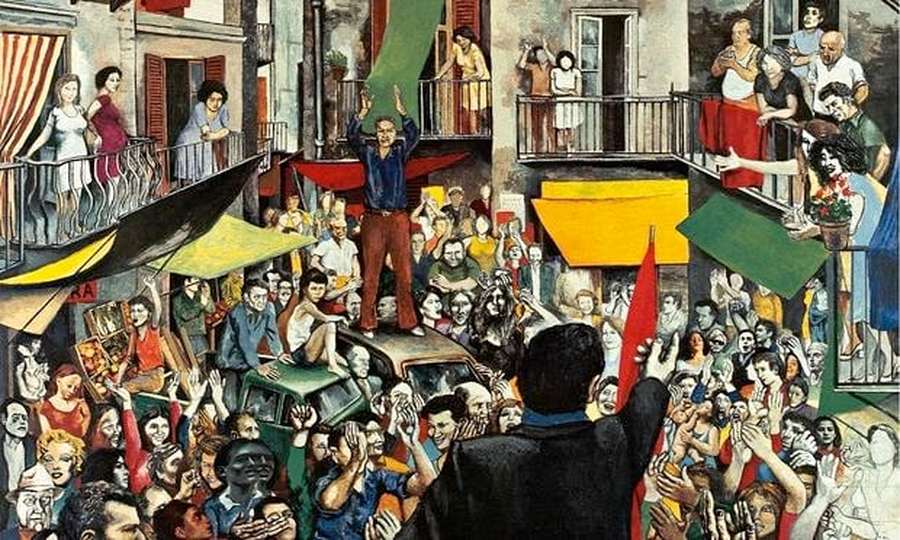 4th Braga Colloquium in the History of Moral and Political Philosophy​

​The Politics of Emotions
Historical Insights and Contemporary Challenges

The Centre for Ethics, Politics and Society (CEPS) of the University of Minho is pleased to announce the 4th Braga Colloquium in the History of Moral and Political Philosophy, an international annual conference held in January/February at the University of Minho in Braga, Portugal. The purpose of the series is to promote the study of the tradition of political and moral philosophy and its legacy in shaping our institutions, culture and beliefs. It will focus on how this tradition can contribute to tackling the challenges our societies are facing today.
​
The 4th edition of the Braga Colloquium will be explore the role of emotions in politics. Political upheavals in recent years have raised worries about the role emotions should play in politics. The Brexit referendum and the US presidential elections in 2016, the rise of populist and authoritarian movements and the resurgence of independence movements in Europe, the factional disregard for objective facts in the post-truth era, are all examples of the multifaceted and potentially unpredictable ways emotions shape politics: they catalyze participation in political struggles leading to partisan politics, influence collective deliberation sparking negative reactions against specific groups, promote uncritical identification with political leaders thus triggering forms of caesarism. If on the one hand they can encourage biased, unreflective and irrational behaviors, emotions may also play a positive role in the public life, for instance, forging bonds of solidarity in the name of important political values, such as emancipation, equality and justice. More in general, emotions constitute an inevitable dimension of politics to the extent that they are entangled with our beliefs and judgments. In helping to establish a connection between general principles and particular judgments, they provide the motivational ground to move from belief to action.

Scholars in the humanities and social sciences have been sensitive to this political juncture and showed  a renewed interest for the study of emotions, passions and moral sentiments in the realm of politics. Important questions have been brought to the fore, such as the status of the emotions as vehicles of knowledge, the extra-rational bases of political attachments, the relevance of the aesthetic dimension in structuring the political space. Political emotions have been also evoked to critically scrutinize the rational foundation of the political order, often implicit in most of current liberal theories. Original contributions in the history of political thought have revived the significance of political emotions in ancient and modern political thinkers, especially with regards to political agency, judgment, and freedom.

Taking cue from these developments, the fourth edition of the Braga Colloquium in the History of Moral and Political Philosophy will explore both the historical and normative significance of emotions, feelings, passions and affects, in politics. Among the questions that we will address are the following:

Proposals must be sent via this ​Submission Form
Further queries can be directed to bragacolloquium@ilch.uminho.pt
​
Deadline for abstract submissions: December 2, 2018.
Notifications of acceptance will be sent by December 16, 2018.

The official language of the conference is English.
Information about registration, program, accommodation and travelling are available on this site.
​There will be a conference dinner. Click here for more details.