The Organizing committee will be responsible for all matters relating to this conference. Please contact them for any subject relating to the event to the official email: bragacolloquium@ilch.uminho.pt

This year's organizing committee is: 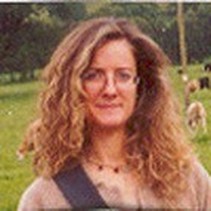 Alexandra Maria Lafaia Machado Abranches (BA, University of Porto; PhD, University of Minho, Braga) is Auxiliary Professor in the Philosophy Department of the University of Minho. She has taught Ethics, Political Philosophy, History of Political and Social Ideas, Modern and Contemporary Philosophy, Philosophical Anthropology, Aesthetics and Metaphysics. Her research interests include the history of Ethics, in particular the naturalist and rationalist traditions stemming from Hobbes and the naturalist and sentimentalist traditions culminating in Hume; issues in contemporary meta-ethics; the metaphysics of free will; and classical pragmatism. Her PhD dissertation focused on the moral philosophy of David Hume. She has published a book on the American pragmatist Charles Sanders Peirce, Sentimentalismo Filosófico: a Noção de Comunidade no Pensamento de C. S. Peirce, Braga, Universidade do Minho/Centro de Estudos Humanísticos, 2004. She also translates, and is responsible for the translation into portuguese of Edmund Burke's A Philosophical Investigation of the origin our ideas of the Sublime and the Beautiful, which has been published by ed.70. She is responsible for coordinating investigation in the area of Applied Ethics of the Centre for Ethics and Political Philosophy. She is a member of the Directive Comission of the Doctoral Course in Philosophy offered by the Philosophy Department. She is currently involved in an european project concerning women philosophers, and may soon be involved in another project,on Populism, pending funding.